A family-focused approach to Alzheimer’s, Parkinson’s and other memory & movement disorders in Charlotte, North Carolina

To ensure the safety of our patients, caregivers and staff during the COVID-19 outbreak, Memory & Movement Charlotte has closed our office until April 24, 2020. However clinical staff will remain on call remotely during normal business hours, so please get in touch by phone or through the patient portal if you need anything.

How We Can Help

Memory & Movement Charlotte opened in 2013 as a nonprofit medical practice devoted to a different kind of care.

We offer a family-focused approach to Alzheimer’s, Parkinson’s and other memory and movement disorders.

At the heart of our practice is a commitment to provide medical expertise, time and resources to serve each patient and family (caregivers) as we navigate this journey together.

At Memory and Movement Charlotte we: 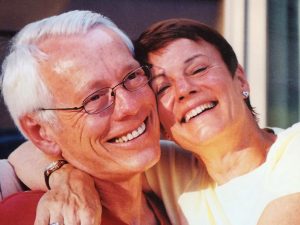 Bill and his wife, Chris 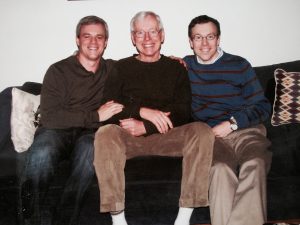 Bill with his two sons

Bill was among the Memory & Movement Charlotte’s first patients, a distinguished judge robbed of his health by Alzheimer’s and vascular dementia. His seven-year ordeal ended with his death in 2015.

Today, his wife remains deeply grateful that they did not take this journey alone. “The minute I walked into the Center,” says his wife, “my world changed.” Frustrated by a 30-minute neurologist’s appointment every six months and desperate for information and to know what to expect, she turned to Memory & Movement Charlotte.

Their first appointment with Dr. Edwards lasted two hours. At subsequent appointments, she was able to share her concerns and ask her questions. The entire staff shared time, resources and caregiving counsel and tender understanding.

“The Center was lifesaving for me, his caregiver,” she says. “They gave me the moral support to hang in, and the tools and time I needed.”

Let's Navigate the Journey Together

You and your loved ones are in good hands with the expert & professional medical staff and office team members at Memory & Movement Charlotte.

Book recommendations, caregiver support networks, national associations and more to help you connect with the Memory & Movement community in Charlotte, NC, and beyond.

Our goal is to educate our patients & families during and outside of office visits. View upcoming events and other opportunities for continued education.

Ready to find out more about becoming a new patient?

Learn more about how Memory & Movement Charlotte can help.